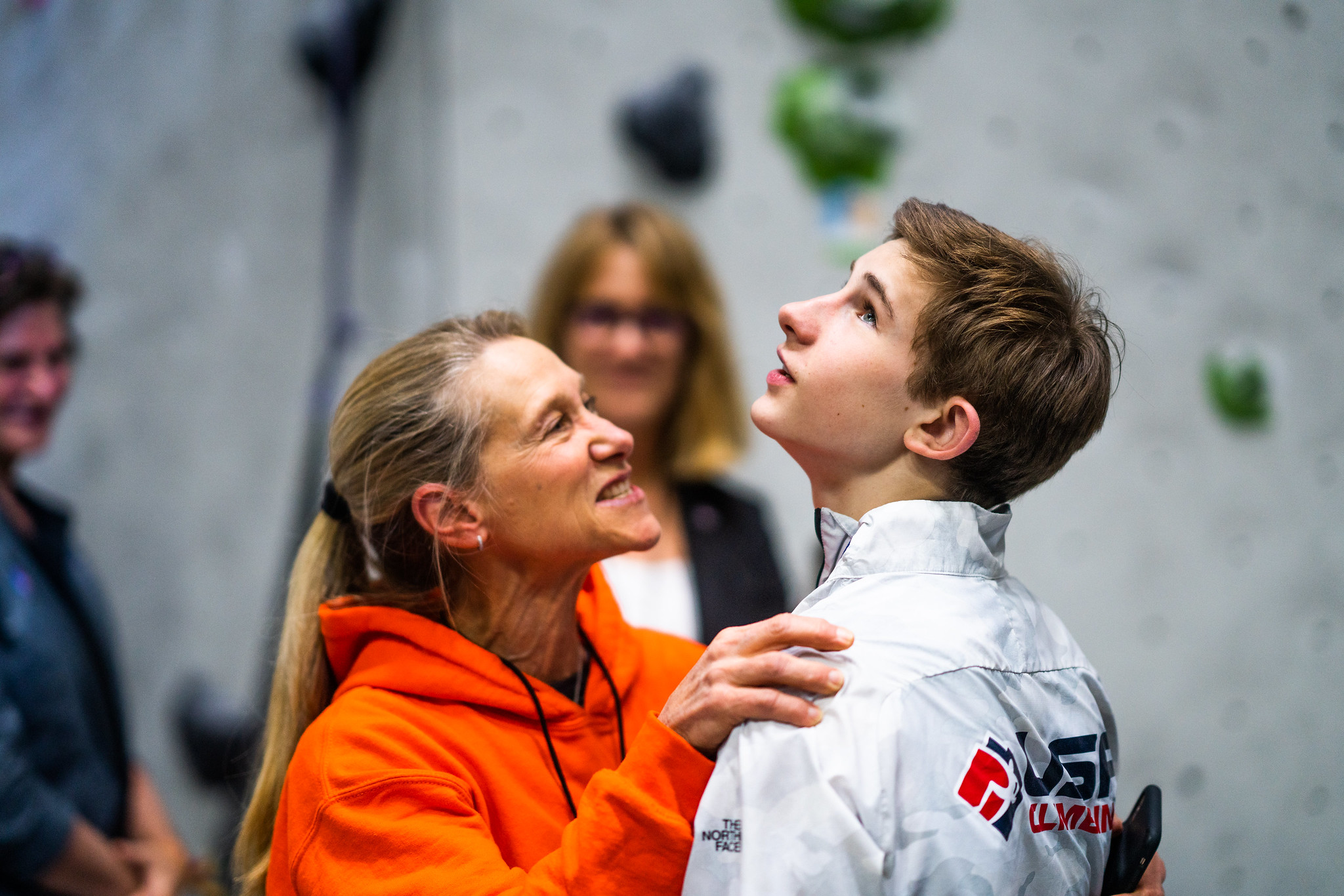 Colin, How was your Journey before the PanAms?
How long have you been climbing? How did you get selected?

I've been competing in youth competitions in the US and internationally since then and have won 10 American youth titles and 2 World Youth titles.

Last year was the first year that I started competing with adults. I first did some small events and did some of the US nationals. I didn't really think much of it though. This year I started to do more adult comps and was doing better at them. To get selected to go to this comp, I placed second at the US combined nationals. I then started training for PanAms and the rest is history.

How was that training for this event?
Was it always like this or is this the result of a planning for qualification?

To train for the event, I tried to make sure I was at my peak performance in each discipline.

I've always been a more skilled lead climber so I put my effort into training boulders and speed so I'd be the best all around. I trained all types of boulders so I was ready for anything in the competition.

I'm glad the hard work paid off and I was able to do well on each boulder!

After Speed round Zach was first but you were 5th and Ecuadorians were pushing hard. Did this disappointed you? Was it a surprise or it was an expected result you’d overcome later in Bouldering and Lead?

I was actually super happy with my speed performance!

I was a little disappointed to be the 8th seed since I placed 4th in the prequalification speed and then slipped in the qualifiers. Being the 8th seed, I wasn't surprised to lose my first race to Carlos but I was able to win out the losers bracket to get a solid position.

Studies and climbing will need perfect sync. Have you already thought on which career you'll take in the future?

Since I'm still a highschool student, I realize how important academics are to my future and my career after climbing. I'm not exactly sure yet, but I think I want to be an engineer.

Bouldering was dominated by American athletes. Do you think this result boosted your performance later in Lead round?

Yes, I think it gave me motivation for lead. Since we all had low ranking scores going into lead and every guy was climbing really strong, I was really motivated to give the lead route all I had.

Before my turn to lead, I heard the loud cheers for Sean so I was pretty sure he topped. When I first started the route the crowd was pretty tense but as I moved towards the last few moves their loud cheers helped push me to the top.

An Olympian at 16. Have you felt the meaning of it?

Being so young, the fact that I'm going to the Olympics is still taking a while to sink in. It's hard to fully grasp the implications this will have on my future. I'm excited that this is just the beginning of my career!

Have you talked to your teammates?

I've known Brooke since I was 8 years old and train with her pretty frequently. We climbed on the same climbing team, Team ABC, in Boulder, Colorado. While I don't know Nathaniel or Kyra very well, I look forward to building relationships with them ahead of the Olympics!

This email address is being protected from spambots. You need JavaScript enabled to view it.